When choosing window blinds for your home you should always take consideration for everything that's in the room, One of those things are Flooring as you should make sure the blinds colors go with the flooring coordination. After all you want the window blinds to be of the organization of the different elements of a complex body or activity so as to enable them to work together effectively. It's also true that window blinds and their colors can change the feeling of how big or small the room size is.  Las Vegas Blinds companies can offer so much more than most Las Vegas builders offer with the homes they sale. Builders will offer in most cases nothing at all unless you pay for the Blinds upgrades. However most people would agree that it's better off as most people want to personalize their new home with higher end products like flooring, window blinds,  and paint. And when you pay the builder for those upgrades it feels like your paying more that if you had a company come in after the purchase and do it. Window Blinds can be very expensive for your new Las Vegas home but if you budget your needs with the right company you can get a whole lot of Window Blinds for a whole lot less than you would think.

How do I know if the blinds I want is the right way to go?

The truth is that taste is owned by the person who needs to see it everyday, but there are some simple ways to decide how to go about it. Try to conform to colors that exist in the room even if it's just matching to pillows or small accessories. And that way your Window Blinds want over pop do to lack of matching. There are colors that can go with other colors like dark colors sit well with other dark colors so keep that in mind. You can also try to unmatch purposely but you really need to know what your doing as blinds are in eye level and most people don't try that as that can be a big financial mistake. As a final note, I personally tell my family and friends that live in Las Vegas to go and look at model homes and see what window blinds they seen and liked and to try to create the same idea of what they've thought to be their style. 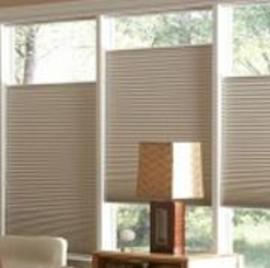 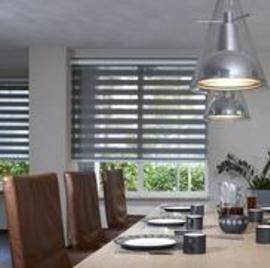 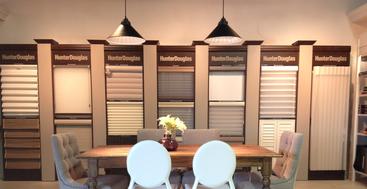 Trying to do your blinds Las Vegas project without breaking the bank.

As a rule keep in mind that most homes spend around $3000 to $4,000 on blinds in Las Vegas when going to high standard products.

Sometimes it's better to hold off a project and save rather than buy the product twice.

So how did Ben get into the business of Blinds in Las Vegas?

It all started by a crazy most unlikely way you would imagine. Ben had just moved back to Las Vegas when a friend had told him that a friend of his was homeless. Well Ben was always the helping type and had given Martin the homeless friend a room to stay in till he could get back on his feet. Now Martin had been working in the Blinds industry in Las Vegas. He was simply let go as the Las Vegas Blinds business he was working at was just to slow and didn't have enough work. After two weeks Ben asked Martin if he could help him put window blinds on some of the windows he wanted to upscale. The very next day Martin took Ben to the Blinds Las Vegas distributor where he meet Charles who worked for one of the biggest Blinds distributor in Las Vegas. Charles and Ben hit it of and was given the biggest discounts as if he was in business for over twenty years. Later Ben would find out that Charles was the owners son who has over 26 outlets and could decide who gets what with what type of discounts, and boy did Charles hook it up for Ben.

Later that day Martin and Ben started to install Ben's Blinds on his windows. The one thing Ben noticed is that it was a whole lot more fun than his own job. Ben was working at a Las Vegas Jewelry store and was stock inside a building all day long. When Ben asked Martin how he liked doing Blinds in Las Vegas Ben had told him how he loved it and most customers where really nice and that lunch was always what ever he and his crew felt like. It was exactly the opposite of what Ben's experience was like.

Within two weeks Ben had gone back to Charles to ask him if he would set him up as an account as Ben was getting his Las Vegas Blinds business license that week. Charles did everything that he could for Ben including setting him up as a mass merchant account which gave Ben's Las Vegas Blinds business the capability of being a lowered price company even being able to sale Window Blinds cheaper than companies that where around twenty years before.

​This story is dedicated to two people,

Charles who has done everything to make our company the success it is today.

​To Martin who I had the pleasure of meeting you in the journey of life,

may you REST IN PEACE MARTIN - MUCH LOVE BEN